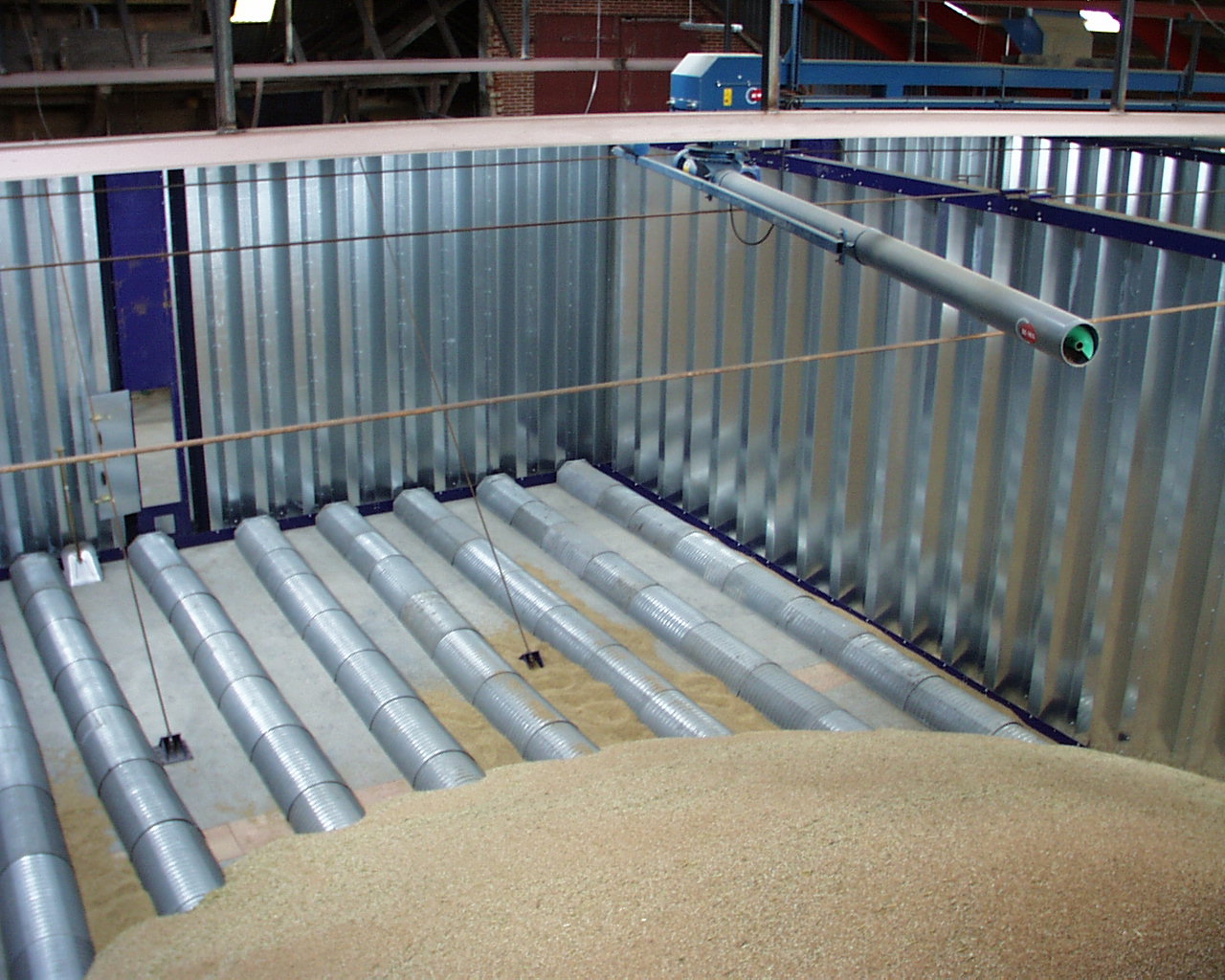 Arable farmer Willem Dinkla from Bellingwolde in North Holland has an arable area of 180 hectares. About half of that is used for growing wheat. Dinkla has its own storage shed in the yard and in the following period it will be thoroughly renovated: “The concrete has been poured and when it has hardened the walls will go into it. The renewed storage shed will be ready for harvesting if it is good, “said Willem Dinkla.

“Twenty years ago my grandfather and father made a new drying house and silo in the shed. The concrete floor was actually torn this meant that at some point the wheat came through the concrete, so to speak. That was just to difficult with bragging and such. There were also wooden walls in it, there was wheat between them. We were a bit fed up with that and therefore decided to tackle the storage shed thoroughly. ”

Dinkla had decided to carry out most of the renovation, themselves. The company however, were supported by the storage experts at Jansen&Heuning, who are familiar with the quality requirements that good-wheat storage must meet. Together with Dinkla, they made the drawings and did the power calculation: “The new barn has a floor with underground aeration and iron walls. The storage capacity is also increasing, because we now keep everything in one compartment instead of the two compartments that we had before. ”

The Groningen arable farmer also considered installing an outdoor silo, but finally opted to adjust the existing shed: “In 2000 my father completely adapted the inside of the barn with a large mortar that spreads the wheat over the entire barn. That was all still fairly good and recently, which is why we opted for indoor storage. We could continue to use all of these adjustments. An outdoor silo did have my preference actually, because then you would have everything outside and would have no dust in the shed. I also requested a price from Jansen&Heuning, but the disadvantage is that you are always loading outside, even in bad weather. Desilos and drying were already realized inside, so that was the most important consideration for us to do it that way. ”

A lot of work

Despite the fact that it is just a ‘renovation’, it still takes a lot of work: “Concrete was deposited last Friday. We did everything ourselves: excavating, removing debris and concrete, removing all the sand, putting in new sand, pouring underlay, placing aeration trays on it and then doing the concrete. We have just received the walls, so I will start working on that next week.”

| “A few spots were covered with yellow rust, but this was under control.” |

In addition to the 90 hectares of wheat, the Dinkla building plan consists of potatoes, beets and onions. The potatoes are also stored, the rest leaves the land. During the work on the wheat storage shed, activities on the land will of course continue as usual. According to Dinklastaan, the plots are now looking good again: “The wheat looks healthy. There is some yellow rust on one variety, but we have full control over those spots. Of course it grows incredibly well last week: a little bit of heat and a little bit of rain. That was also necessary. ”Dinkla grows on both sandy and clay soils. “You have some drier parts on the sandy soils, so we can use some rain every fourteen days.”